The Unexpected Dangers of Smoking, Not Just in the Lungs, But Also At This! 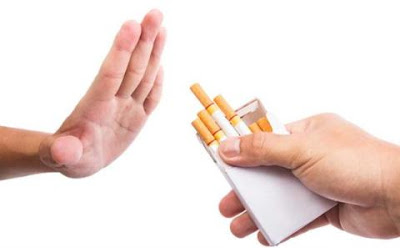 Smoking habits become one of the factors that trigger unhealthy conditions in sperm. The condition of unhealthy sperm is a sign for a man experiencing fertility disorders.

"Oh, yeah. It's very dangerous to smoke. The toxins from cigarettes are proven to enter the blood-testis barrier & enter the sperm. This obviously affects sperm," Beeleonie said when met at Madame Delima Restaurant, Jakarta.

Blood-testis barrier is a barrier between blood vessels & seminiferous tubules (the place of production, maturation, & transportation of sperm cells in the male testicles). Toxic substances in cigarettes, such as nicotine can penetrate the blood-testicular barrier.

Smoking can also cause abnormalities (abnormalities) associated with the production of sperm & semen. This includes a reduction in sperm concentration & motility (movement) and DNA damage.

Urologist Premal Patel writes, smoking with conventional cigarettes can cause fertility disorders in men. This leads to sperm disorders.

A potential causative agent that can damage sperm is nicotine. The effect of nicotine damaging sperm also depends on the dose exposed to sperm, reported from the Urology Times.